Less than 3 days left for the re:publica festival days

re:publica is a conference about digital culture in the world  https://re-publica.com/

re:publica  organized Twitter competition about ‘The vision for digital Europe’ that supported by the German Federal Foreign Office,

The two winners would have the chance to participate in the re:publica festival and stay three days in Berlin.

I tweeted my vision for digital Europe,

I will be part of re:publica festival with my own session in re:connecting EUROPE Space. as I have sent my proposal and it was accepted.

Three days in Berlin, Having the opportunity to meet, watch, see, and discuss new ideas, that shape the future of information society. As re: Publica says We look forward to new perspectives on the interconnected world we see in every corner of Europe. Digitization and its effects on the economy, politics, and daily life have long been European. it’s high time to strengthen a European digital civil society.

P.S I would like to send many thanks to the re:publica people Simon, Marion, Marei and many other people that make this true for me 🙂

just Arrived! Yes, I am in Berlin! I am in the Novum Hotel, Waiting for the checking

Sunday afternoon:  #re:publica festival started! I took my speaker accreditation, and I go to explore the #re:publica #LoveOutLoud 🙂

A digital representation of a sculpture as a united piece, e.g. a statue is located in two museums e.g.a statue’s body and its head are displayed in two different museums. This virtual reunification can stimulate people’s interest in ancient cultural objects” repatriation.
I am examing the case of the Parthenon monument. Is it right for the Parthenon monument’s sculptures to be scattered in different museums around the world? The Parthenon is not a statue; it is a unique monument, a great achievement of humanity It is considered the symbol of democracy. Digital applications could offer the opportunity to see the Parthenon sculptures in one place. Is this enough to understand the importance of the Parthenon’s sculptures’ reunification?

#re:publica festival is over… flight back to my place, Athens, Greece. There is no word to describe re:publica,

It i was an inspiring conference – festival

Junior journalists interview us during re:publica

Re:View – Re:Connecting Europe: Putting the piece back together 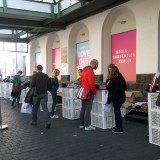 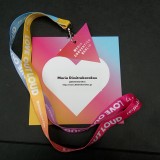 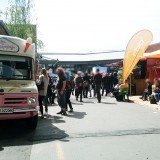 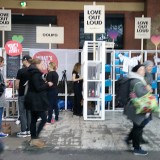 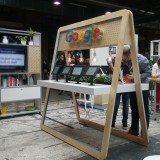 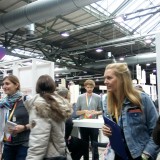 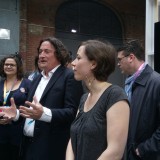 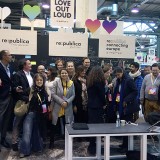 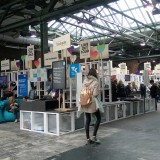 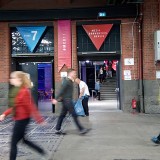 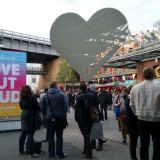